Our visit to Paris 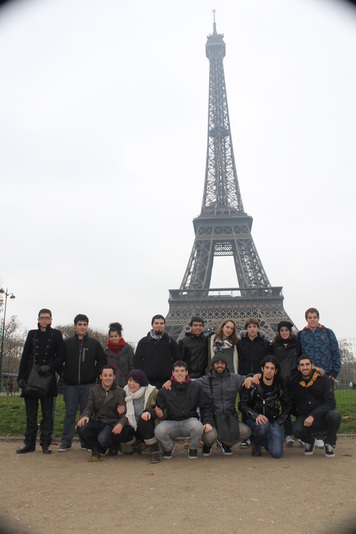 Our visited to Paris was the 30th. The train arrived at 9:30 and did not leave until 5:30 pm, so we had the opportunity to visit Paris. To make the visit more comfortable, we left our luggage in a locker.

We start visiting the Eiffel Tower. To get there, we took the metro. This tower is an iron tower located in the Champ de Mars in Paris, named after the engineer Gustave Eiffel, whose company designed and built the tower.

Afterwards, we walked around and then we took the train again to get to the Arc de Triomphe, which is of the most famous monuments in Paris. It stands in the centre of the Place Charles de Gaulleat and It honours those who fought and died for France in the French Revolutionary and the Napoleonic Wars.


After that, we went to the Louvre, one of the world's largest museums, and a historic monument, and after seeing this, we finished visiting Notre Dame. Notre Dame de Paris is a historic Roman Catholic cathedral on the eastern half of the Île de la Cité in the fourth district of Paris.